Across London’s streets during 2012, some of the worlds best artists had a chance to play with the iconic red phone box.

Timed to appear as London celebrates the Queens Jubilee and the London Olympics, these iconic red phone boxes were installed in some of the most recognisable locations around London.

Our artwork, entitled Flowerbox (2012) was displayed in Piccadilly Circus and Trafalgar Square.

Following the outdoor show, BT auctioned off all the boxes to raise money for ChildLine’s 25th anniversary. Greyworld bid for, and won Flowerbox (2012).

Our work is about play, often exploring methods of allowing creativity in parts of the city that are often ignored. Over the last few years, we have been playing with simple symbols that encourage interaction in direct and gentle ways.

As such, the Clockwork key needs no instructions – turn it, and see what happens.

This work builds on a permanent installation that we created for the Grizedale Forest sculpture trail, commissioned by the Forestry Commission. 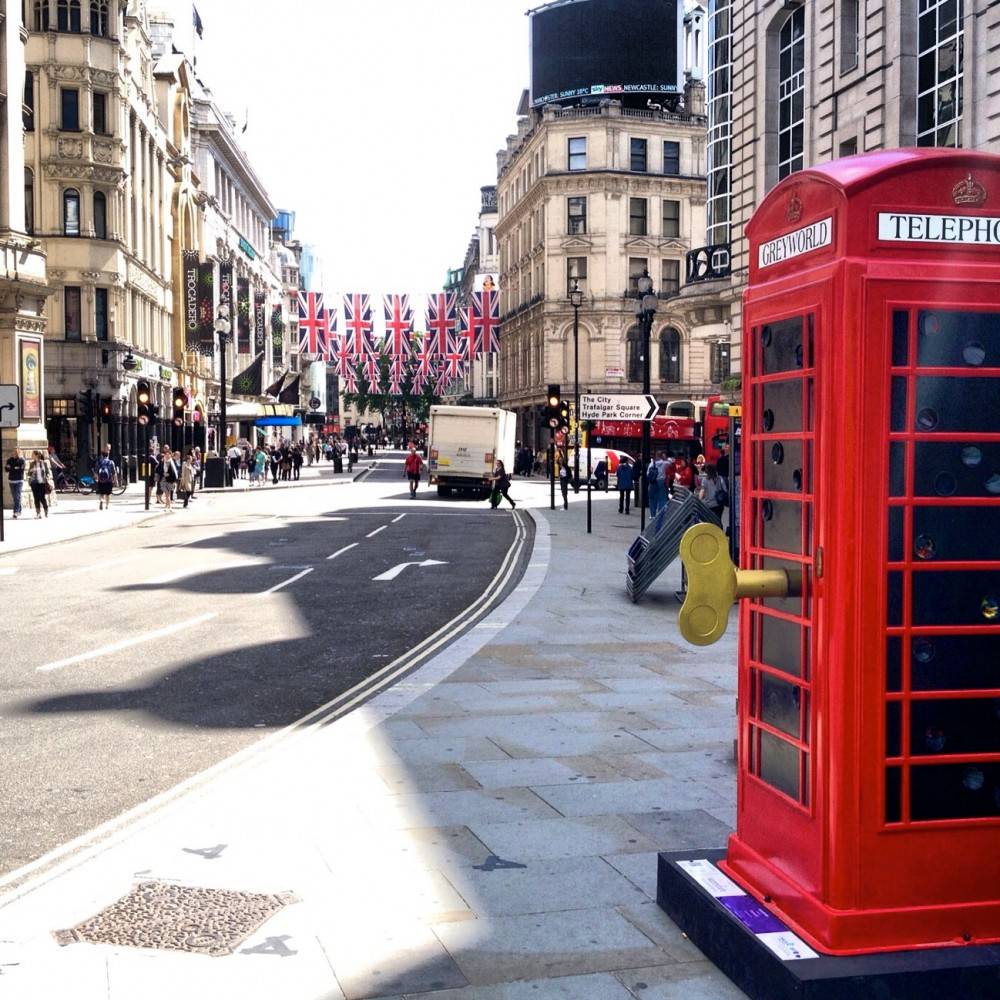