written by greyworld
in category Indoor

On 23 September, the Royal Albert Hall was turned into a giant, interactive music box by TEDxAlbertopolis speaker Andrew Shoben.

Shoben, founder of greyworld – a group of artists that produce playful art in public spaces – used a camera positioned on the Hall’s ceiling to capture the distribution of different audience groups across the seats in the venue. As the camera pans across the auditorium, an algorithm converted these patterns into sounds: each attendee will act as a pin in a giant music box, playing their part in a unique musical composition.

“The performance was the first of its kind, combining mathematics, technology and creativity to turn the audience into a completely original instrument,” said Shoben. “greyworld have wanted to create an artwork with a large live audience for some time, so the opportunity to work with a space as exciting as the Royal Albert Hall, with 5000 people there, is a dream come true. The Hall is a giant music box, full of fabulous sounds, and this formed the inspiration for our idea – to treat our audience as if they are notes in a composition. The exciting – and the nerve wracking – thing, was that we couldnt know how the composition will sound until I was on stage, conducting. It was a really exciting opportunity for everyone to be involved in.”

Chris Cotton, Chief Executive at the Royal Albert Hall, said: “Exhibition Road and the surrounding cultural area known as Albertopolis is seen by many as the cultural heartland of London and the ultimate destination for anyone with a thirst for discovery, and creativity. It is home to world leading arts, cultural, scientific and academic organisations where learning, generating and sharing knowledge is central to our purpose. We are thrilled to be partnering with TEDxAlbertopolis to host this significant “ideas worth spreading” event which I hope will demonstrate how we are all intrinsically linked with the common aim to continue the work that Prince Albert envisioned over 150 years ago.”

greyworld would like to thank Chris Lackey for his invaluable assistance in the creation of this artwork. 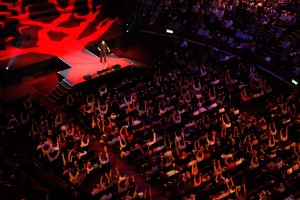 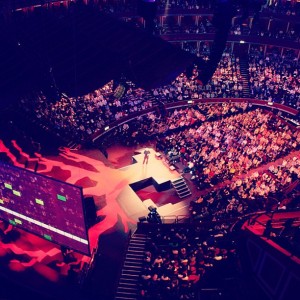 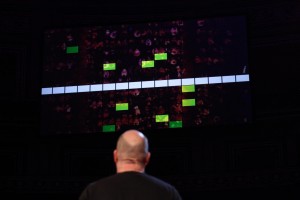 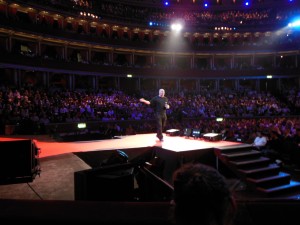