The Source is the symbol for the London Stock Exchange. Every morning, millions of viewers around the world watched the installation come to life, signifying the opening of the London Markets.

On Tuesday, 27th July, Her Majesty Queen Elizabeth unveiled greyworld’s latest installation at the new London Stock Exchange, in the heart of the city of London.

The Source is formed from a grid of cables arranged in a square, 162 cables in all, reaching eight stories to the glass roof. Nine spheres are mounted on each cable and are free to move independently up and down its length. In essence the spheres act like animated pixels, able to model any shape in three dimensions a fluid, dynamic, three dimensional television.

Visitors to the atrium are greeted by this motion: its particles rising and falling, generating an infinite range of figurative and abstract shapes that rise, dissolve and reform at different heights in the atrium. The shape of the sun rising on a new day of trade, the names and positions of currently traded stocks, the DNA helix at the centre of life formed by the work, and floating in the 32m void of the atrium.

This complex and sophisticated installation is a microcosm of activity, a living reflection of market forces. 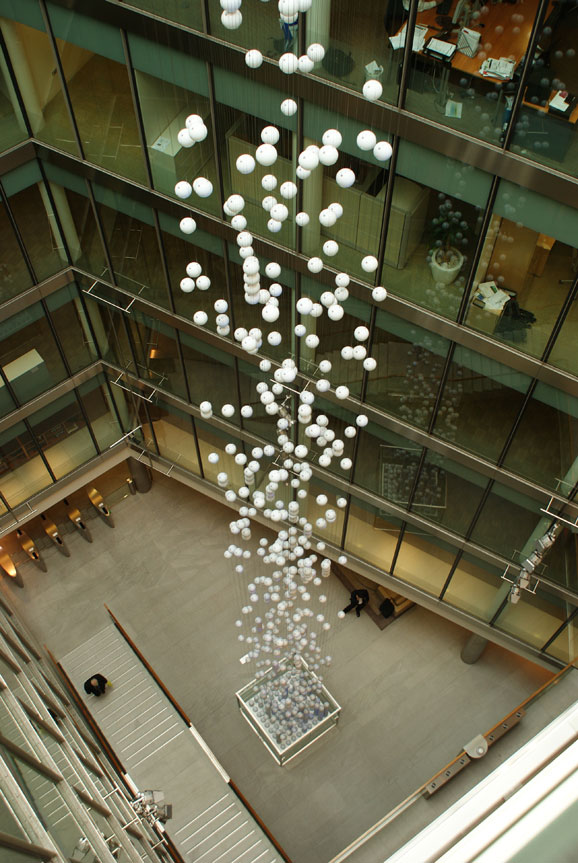 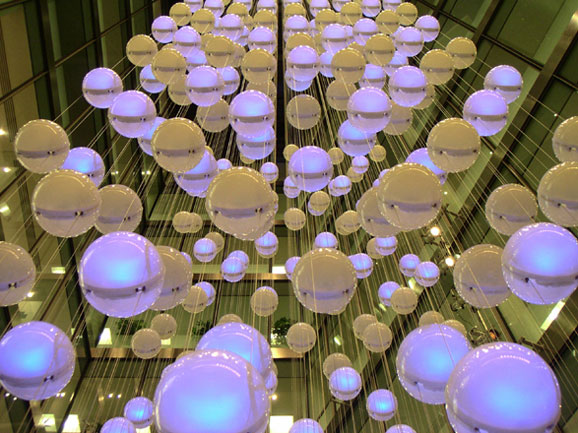 The Source, at the London Stock Exchange 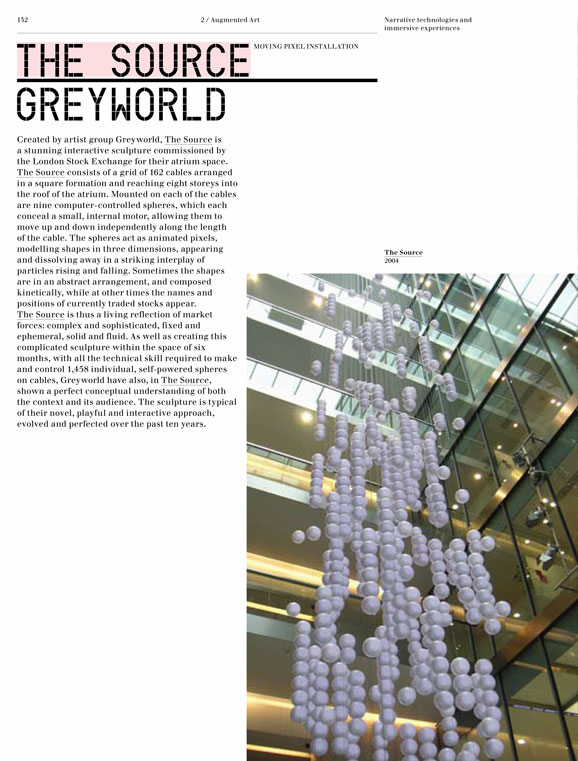 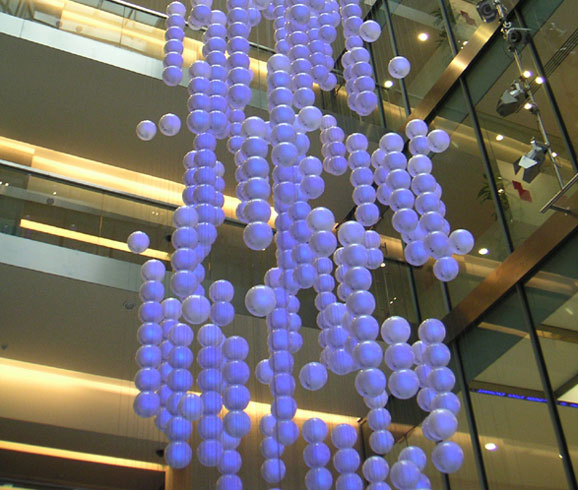 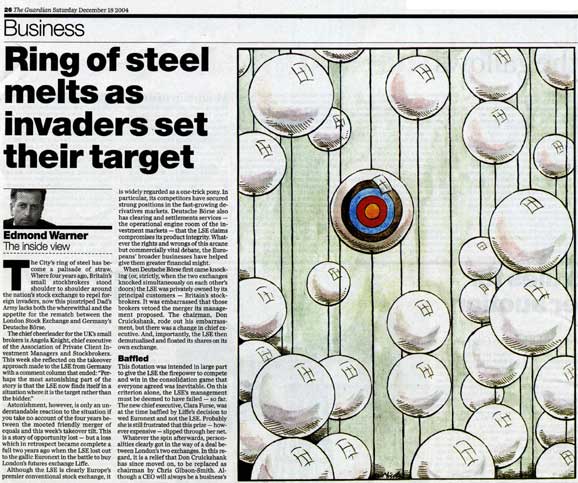 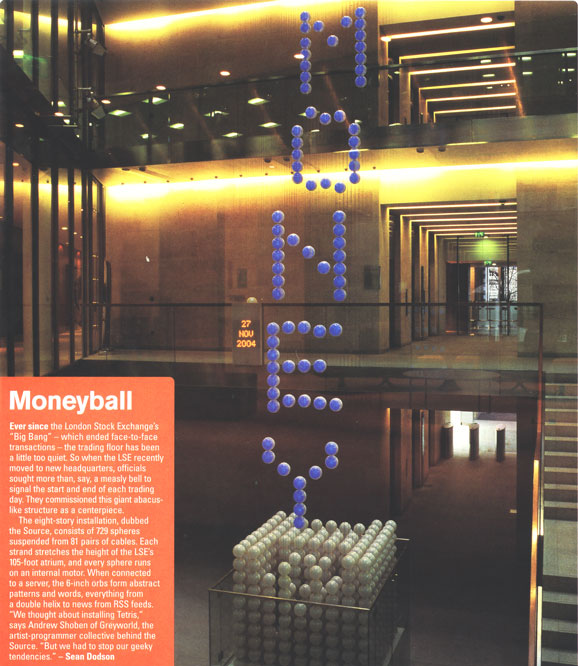 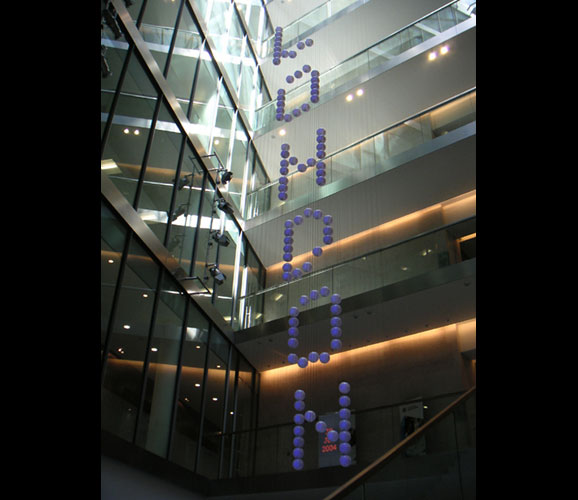 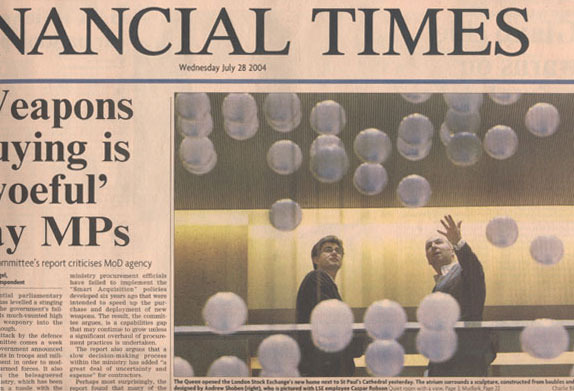 The Source appeared all over the worlds media 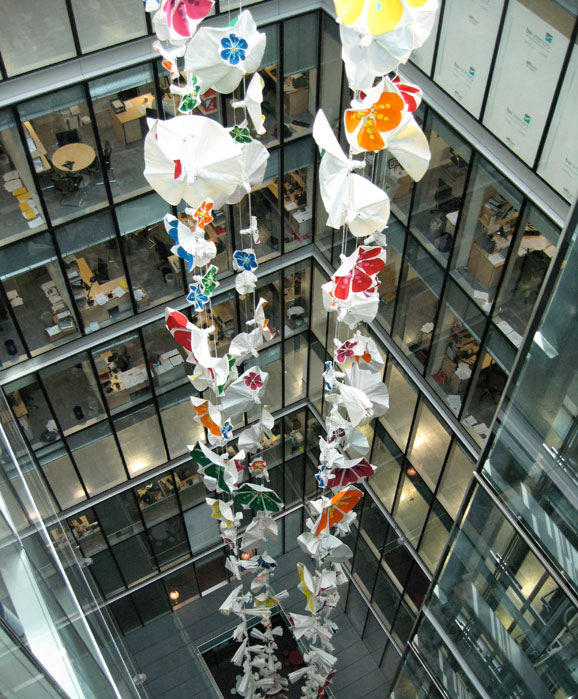 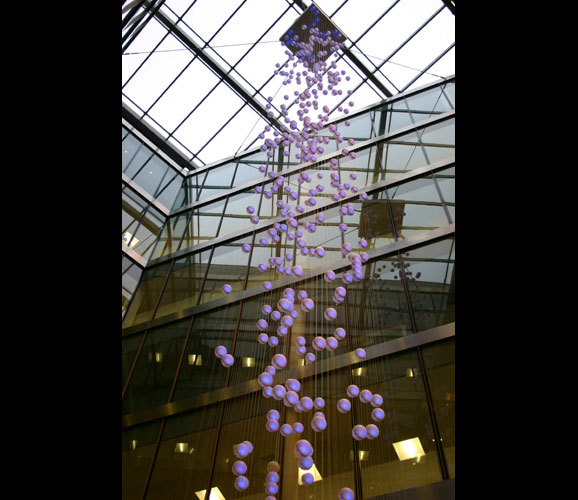 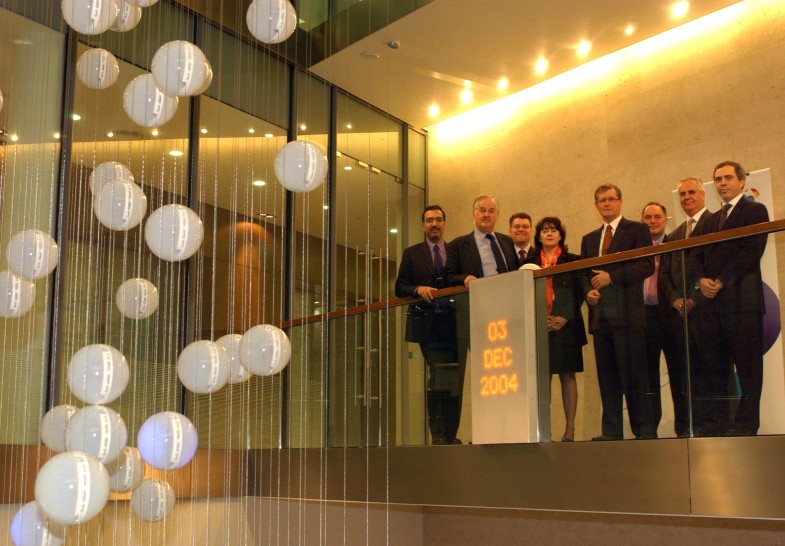